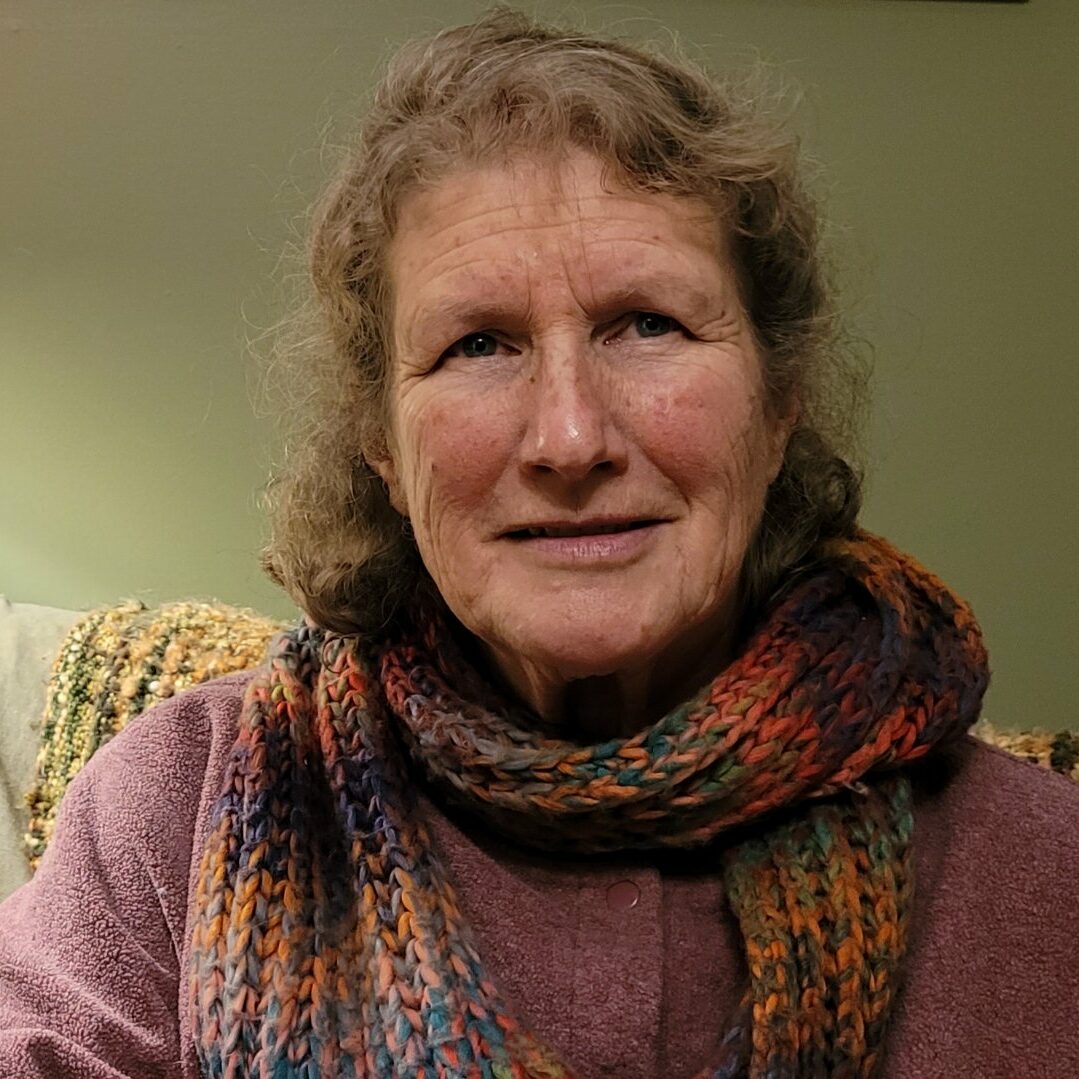 Louise Burley was born on PEI in 1949 and wrote her first play, Homeward, at age 70! It was based on Homer’s Odyssey and explored the relationship between the divine (Athena) and the human (Odysseus). The first act of Homeward was read at the PEI theatre festival in 2019 and later a scene from that play was read at the Haviland Club in Charlottetown as an offshoot of the 2019 PEI Fringe Festival. Two years later a scene from Louise’s play Deenie’s Exit was staged at the PEI theatre festival and then performed to sold-out audiences for four nights at the PEI Fringe Festival in the summer of 2021.  Deenie’s Exit was about the hardship of extreme old age and Deenie’s wish to exit this life using the unwitting help of her friend Max. It was first workshopped with Pamela Halstead in the spring of 2020.  Louise’s most recent play, Say You’re Sorry, is about three people trapped in a bus crash who had been in a love triangle long ago. There was a public reading of Say You’re Sorry at the Haviland Club in the summer of 2022, and that play was later chosen for the “Fresh From the Island” theatre festival. Say You’re Sorry was then performed in a staged reading at Kings Playhouse in October 2022. Although Louise Burley is relatively new to playwriting, she has always loved the theatre and has written one thing or another most of her life. She worked as a reporter and freelance writer in PEI in her late 20’s and then moved to Halifax where she lived for forty years, worked as an adjunct professor and raised her two sons. She returned to PEI after retiring and has been working on a collection of short stories, a novel, a memoir, and of course, these crazy plays!