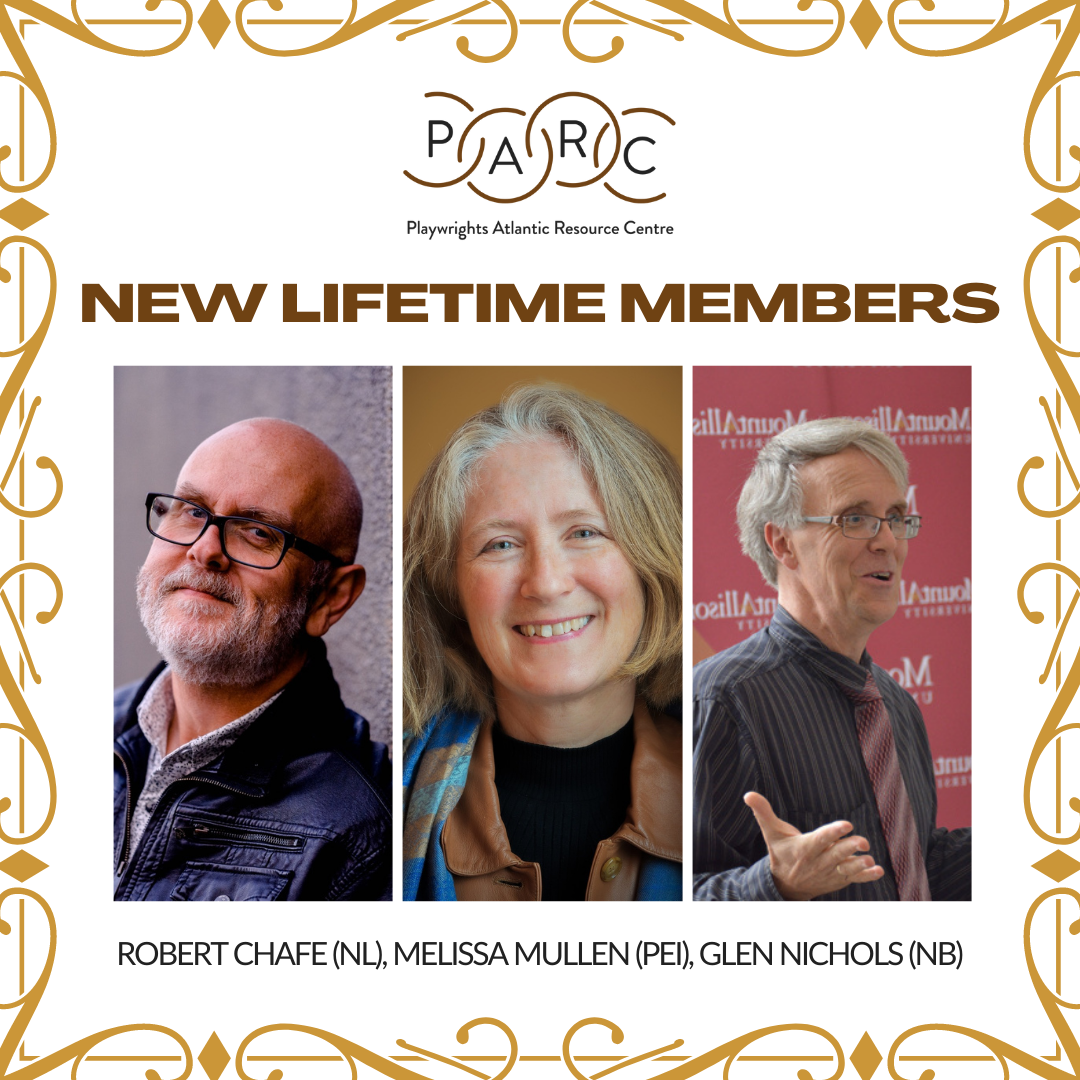 Robert Chafe is a writer, educator, actor and arts administrator based in St. John’s, Ktaqmkuk (Newfoundland). He has worked in theatre, dance, opera, radio, fiction and film. His stage plays have been seen in Canada, the United Kingdom, Australia and in the United States, and include Oil and Water, Tempting Providence, Afterimage, Under Wraps, Between Breaths, and The Colony of Unrequited Dreams (adapted from the novel by Wayne Johnston.) He has been shortlisted twice for the Governor General’s Literary Award for Drama and he won the award for Afterimage in 2010. He has been guest instructor at Memorial University, Sir Wilfred Grenfell College, and The National Theatre School of Canada. In 2018 he was awarded an honorary doctorate from Memorial University. He is the playwright and Artistic Director of Artistic Fraud.Melissa Mullen is a PEI-based playwright, actor, director and farmer; and a graduate of the National Theatre School of Canada. Her first play, Rough Waters, was developed with assistance from PARC and produced by Neptune Theatre and Theatre PEI. Her second play, Flight, was winner of the PEI New Voices playwrighting competition. She has co-written several plays with husband Rob MacLean, including the short piece Dear Mr. Keith for Theatre Yes and Magnetic North, a stage adaptation of Sir Andrew Macphail’s The Master’s Wife, (PEI Heritage award winner), and The Man Who Saved the Songs (a tribute to esteemed folklorist Edward ‘Sandy’ Ives). Melissa and Rob were co-recipients of the 2020 PEI Distinguished Contribution to the Literary Arts award. Her most recent stage play, Still Dancing, was developed with assistance from PARC during the 2021 PARC Playwrights’ Retreat; and was part of the first PEI Fresh From the Island Festival that fall. She is now developing Still Dancing as a feature film script. Glen Nichols taught drama, theatre and English at Université de Moncton and Mount Allison University from 1996 to 2022. His published scholarship includes articles and books on Atlantic and Canadian drama, theatre translation, and theatre history. They range from contributions to the Canadian Theatre Encyclopedia and the University of Toronto Quarterly to being co-editor of Canadian Performance Documents and Debates: A Sourcebook and a contributor to Translation Effects: The Shaping of Modern Canadian Culture. He has been on the editorial team for TRIC (Theatre Research in Canada) and The Literary Encyclopedia. He has also published a number of translations of contemporary Acadian plays in English including Angels & Anger: Five Acadian Plays, selected, edited and translated by Glen Nichols. In his spare time, Glen is an avid gardener.